To the south of Oman lies Salalah which is the capital of the southern Zufar and Dhofar region. Salalah means ‘The Shining One’ in the local Jebali language and it is hemmed between the spectacular crescent of the Dhofar Mountains on one side and the blue waters of the Arabian sea on the other.

Salalah is often considered to be the “second city” of the Sultanate, although some of this designation is probably due to its distinction as Sultan Qaboos’ birthplace. Outside of the functional city centre it’s still possible to sense old-time Salalah’s alluringly languid, sub-tropical magic with its lush banana plantations, lopsided coconut palms and superb white sand beaches. The region is famous for its khareef (monsoon), and the Khareef Festival is an annual event here.

There are several flights daily between Muscat and Salalah with a flight time of approximately 1hr 45mins. It is also possible to drive between the two and the 1000km road trip will take about 12 hours.

Your guide will meet you at your hotel and proceed to the Museum of the Frankincense Land. The museum was opened in July 2007 at Al Balid Archaeological Park and is a UNESCO heritage site. You will then have a photo stop at the impressive Sultan Qaboos Mosque and the sprawling beachfront Al Husn palace.  You will then be able to stroll through the old Haffah souk, famous for the sale of high quality Frankincense and numerous other Dhofari traditional souvenirs. Haffah souk is very attractive with its small shops lined up with piles of incense boxes, clay incense burners colorfully decorated with traditional patterns and bags of incense crystals. Finally you will visit the gold/silver souk in New Salalah before returning to your hotel.

The excursion begins in the morning with a visit to the old fishing village of Taqah, famous for the manufacture of dried sardines. Visit the century old Taqah Castle. We continue our journey to Khor Rori, which was an important port on the coast of Dhofar, and one of the major trading cities for frankincense. Khor Rori is believed to have been the hub and harbour for shipping of frankincense. On the way to west Salalah, explore the natural spring of Ayn Razat, beautifully laid out amidst the tranquil lush mountains and nourished every day of the year by natural underground spring water. Visit the ancient tomb of Prophet Job situated in the scenic green mountains of the Salalah plains. Proceed to the beach of Mughsail where waves burst through natural blow holes. You will then continue along the hairpin bend road with its breathtaking cliffs on either side to see the historical frankincense trees growing in their natural habitat at Wadi Dawkah.

Contact us now to arrange your journey through this sub-tropical paradise. 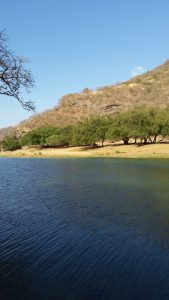 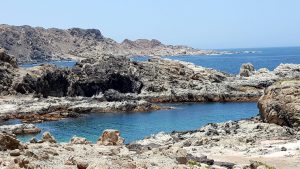