The Grand Canyon of Oman 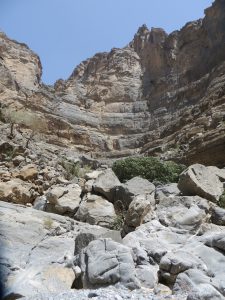 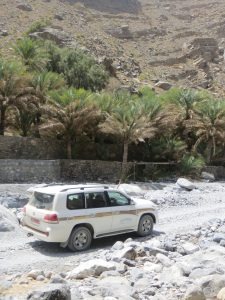 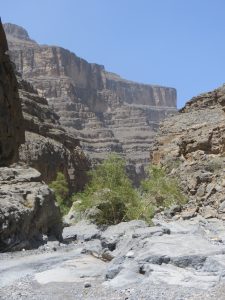 Your guide will pick you up from your hotel in Muscat and drive the 240km to Jebel Shams, the Grand Canyon of Oman. Jebel Shams is the highest peak in Oman at 3,028m. You will stop at Wadi Ghul at the base of the mountain along the way. Jebel Shams is the perfect place to escape the heat of Muscat with summer temperatures averaging around 20 degrees. During the winter months it can often drop below freezing! The north summit is the true peak of Jebel Shams but this is a restricted area as it’s occupied by a miltary base. The southern summit is open to the public however and is suitable for trekking via the W4 trail. You will have an hour to hike along the balcony of the canyon. 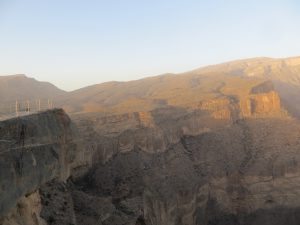 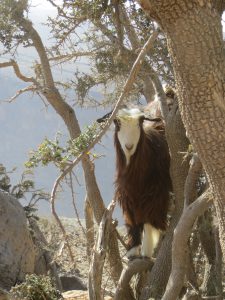 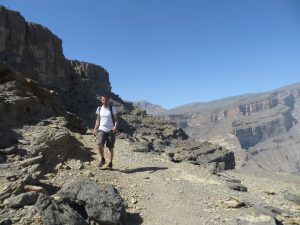 You will return to Muscat via Bahla where you will be able to see the oldest fort in Oman with it’s 12km wall. It is believed to have originally been built in pre-Islamic times and was listed as a UNESCO world heritage site in 1987. Return to hotel in Muscat. 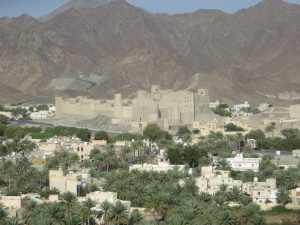 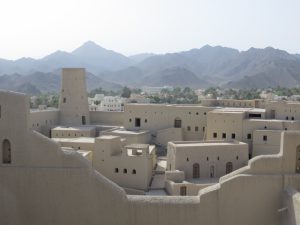